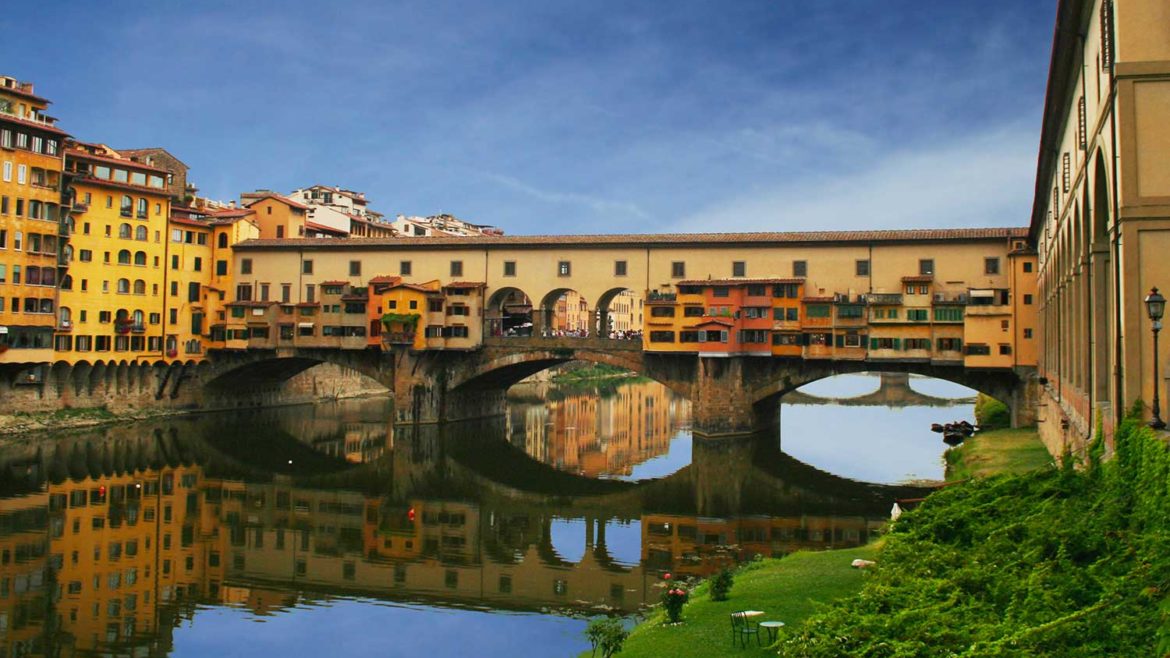 Florence in one Day

Florence in one Day

Make the most out of your time in Florence choosing the tour that combines the top historical sights and the two most famous museums in town.

We walk through the city and start at the Duomo square, admiring the Duomo and the Brunelleschi’s Dome, together with the old Baptistry and Giotto’s Bell Tower. Then the tour takes you to Signoria square, where we stand in front of the Old Palace and the Loggia dei Lanzi looking at the many statues, before heading to Ponte Vecchio, the famous covered bridge on the Arno river.

The tour continues with the visit of the two most famous museums in town. The first one is the Accademia Gallery, where you find Michelangelo’s David and the fascinating unfinished Prisoners and St Matthew. The second is the Uffizi Gallery, where we visit the historical floor to enjoy the masters of the Renaissance collection, including Botticelli, Leonardo, Michelangelo, Raphael, Piero della Francesca, among others. 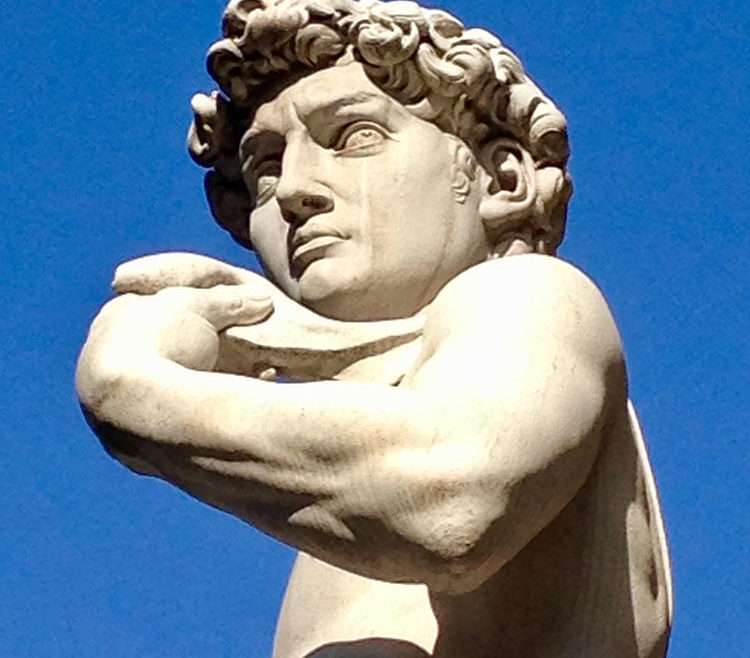 Florence is the place to visit to learn about the life and art of Michelangelo, the artist who best embodied the Renaissance.

Learn about his tormented relation with the Medici family as you walk through the courtyard and the garden of the Medici Palace, where he was trained and hosted by his patrons. We then proceed to the New Sacristy of San Lorenzo basilica, which was completely built and decorated by Michelangelo to house the tomb of the most famous component of the Medici family, Lorenzo the Magnificent. We complete the visit going to the Princes’ Chapel, mausoleum of the Medici Gran Dukes. Next, walking through the medieval quarter we reach our next stop, the basilica of Santa Croce. In this famous basilica Michelangelo was buried in 1564, after rescuing his body from Rome. Here we have the chance to admire his tomb, designed by Giorgio Vasari, as well as the tombs of Galileo Galilei, Machiavelli and others. We also admire the chapels frescoed by Giotto, the Old Sacresty and the famous Pazzi Chapel. 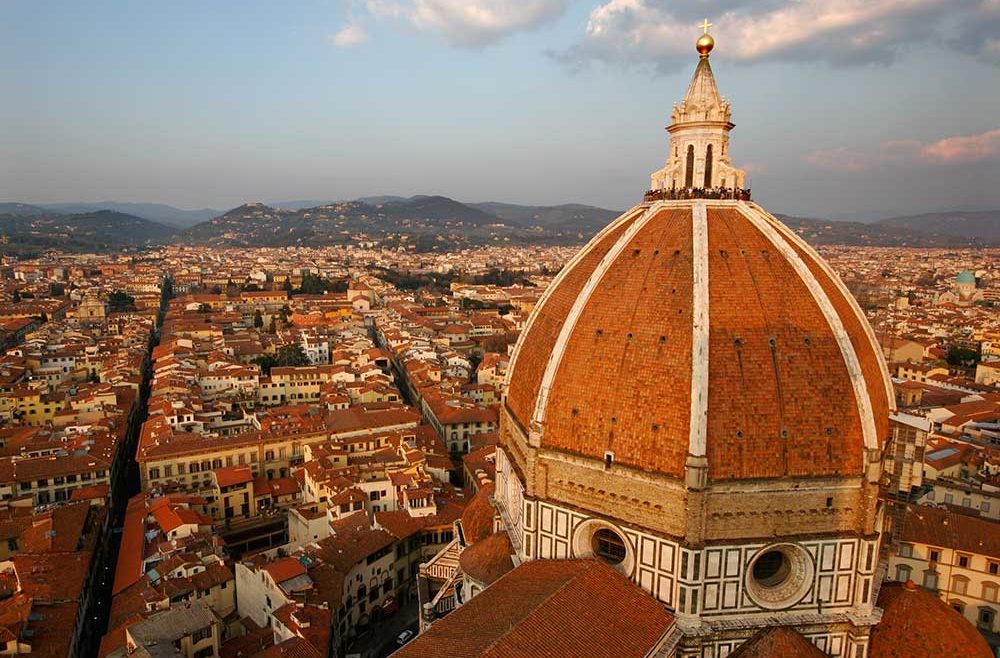 Florence Highlights… not to be missed!

Florence is one of a kind. It is in fact the birthplace of the Renaissance and the best way to get familiar with this fascinating city is by walking the ancient cobblestone streets and letting the city surprise you.

In this tour, we start at the Repubblica square, heart of the city and meeting spot of the locals. Then, we proceed to the Duomo Square. Here you will be amazed by the Baptistry and its bronze doors and by the giant Duomo, which includes the magnificent Brunelleschi dome. Be prepared as this is a busy place, full of tourists, horses and vendors, but it is also one of the most famous squares in Italy. After visiting the old and famous Mercato Centrale, main food market in town, we continue along narrow medieval alleys and small piazzas until we reach Signoria square, where the massive medieval Palazzo Vecchio, the Old Palace, still houses the local government. Sitting inside the Loggia dei Lanzi we will talk about the old governments and their symbols. In this beautiful open-air gallery we have the chance to admire the original statues around us, like Perseus and The Rape of the Sabine Women, among others. The tour would not be complete without one of Florence’s landmarks,  Ponte Vecchio, which literary means Old Bridge. It dates back to 1345 and is filled with picturesque small constructions that up to this day host almost forty luxurious jewellery shops. 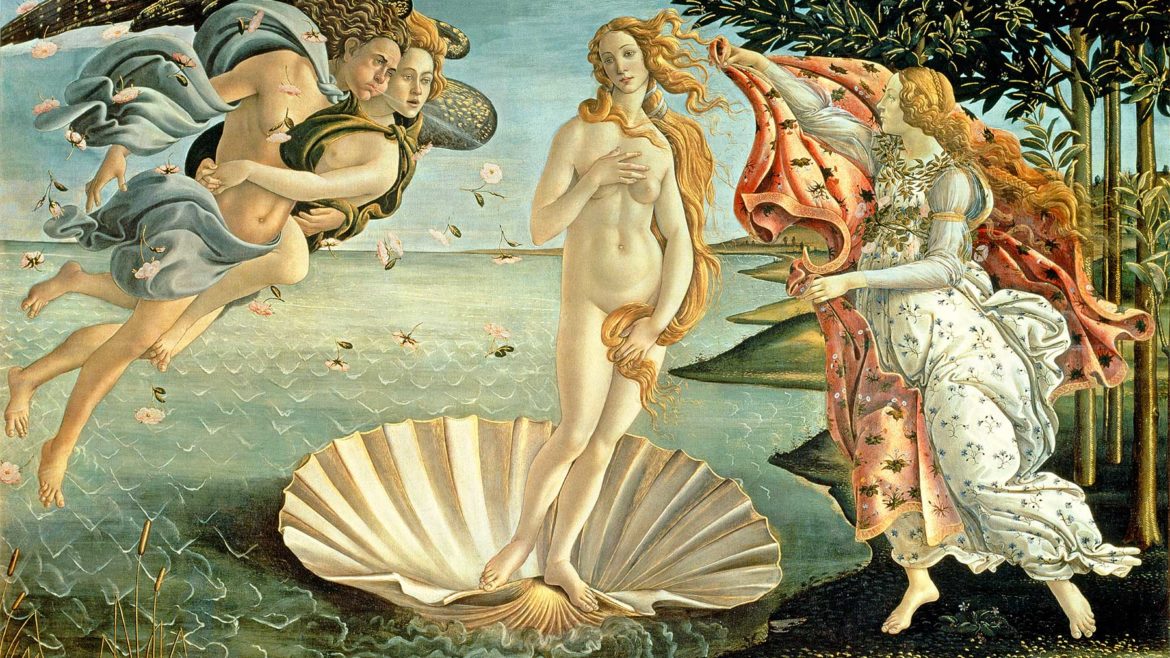 A visit to Florence is not complete without a tour of the Uffizi Gallery. Currently one of the 10 top collections in the world, the gallery started as the private Medici collection and it’s filled with works of Florentine, Italian and European masters.

The highlights of the collection are the Renaissance local masters. You will love Birth of Venus and Primavera by Botticelli, the Dukes of Urbino by Piero della Francesca, together with works by Leonardo da Vinci, Michelangelo, Rafael, Titian, Caravaggio and many more. We will walk through both levels of the gallery, which gives us the chance to admire the Roman statues along the corridors and the views from the windows, for a complete and entertaining experience. 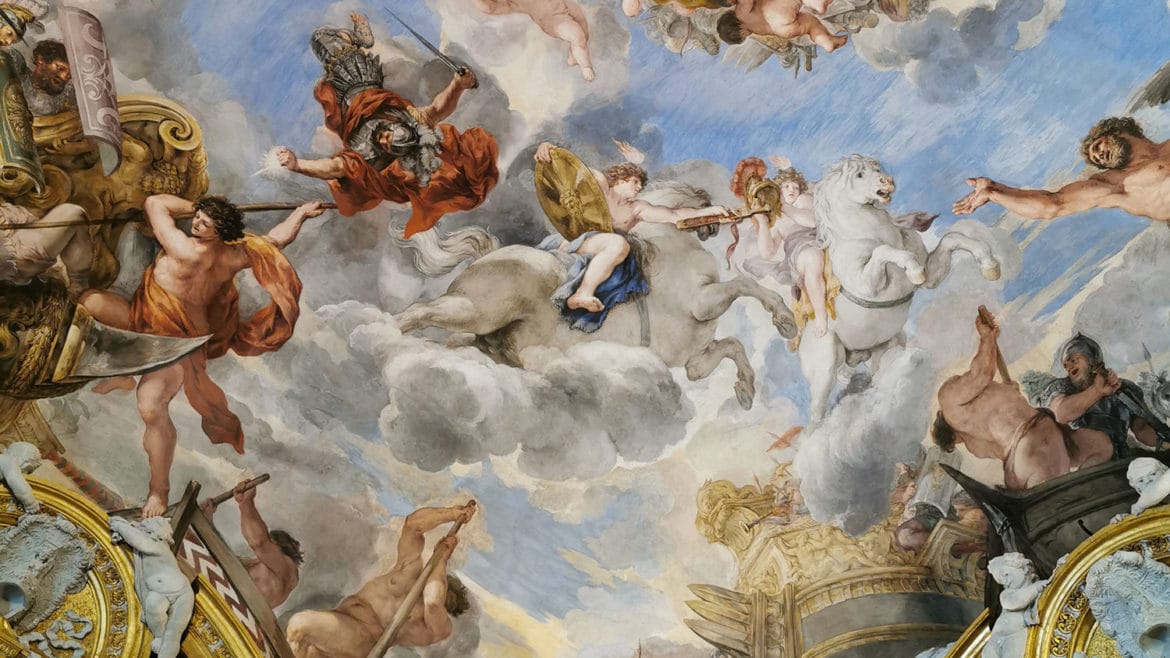 Originally built for the banker Luca Pitti, the project of Pitti Palace is attributed to the famous architect Filippo Brunelleschi. The palazzo was imposing from the start and presented an absolute innovation in the architecture of the time: the large square in front. But the fortune of the Pitti family declined and a few decades later they were forced to sell the palazzo to the most powerful family in town, the Medici, who transformed the imposing palace into their Royal Palace.

During the tour we walk through the rooms where the Medici Grand Dukes lived, visit the Sala Bianca and enjoy the spectacular Palatine Gallery, a serie of rooms housing a collection of paintings from Caravaggio to Rapahel, from Rubens to Titian. As we go we discuss the stories, habits and interests of the Medici family, its origins till its end. After the Gallery we will also visit the Royal Apartments, where the Italian Kings lived in the XIXc.

After a short break we proceed to Boboli Garden, more than 100-acre large and evergreen, considered by the experts as the most beautiful Italian style garden in Europe. During our walk we enjoy secret paths, unexpected spots, grottos and the charming Porcelain Museum, situated on a terrace with a breath-taking view. 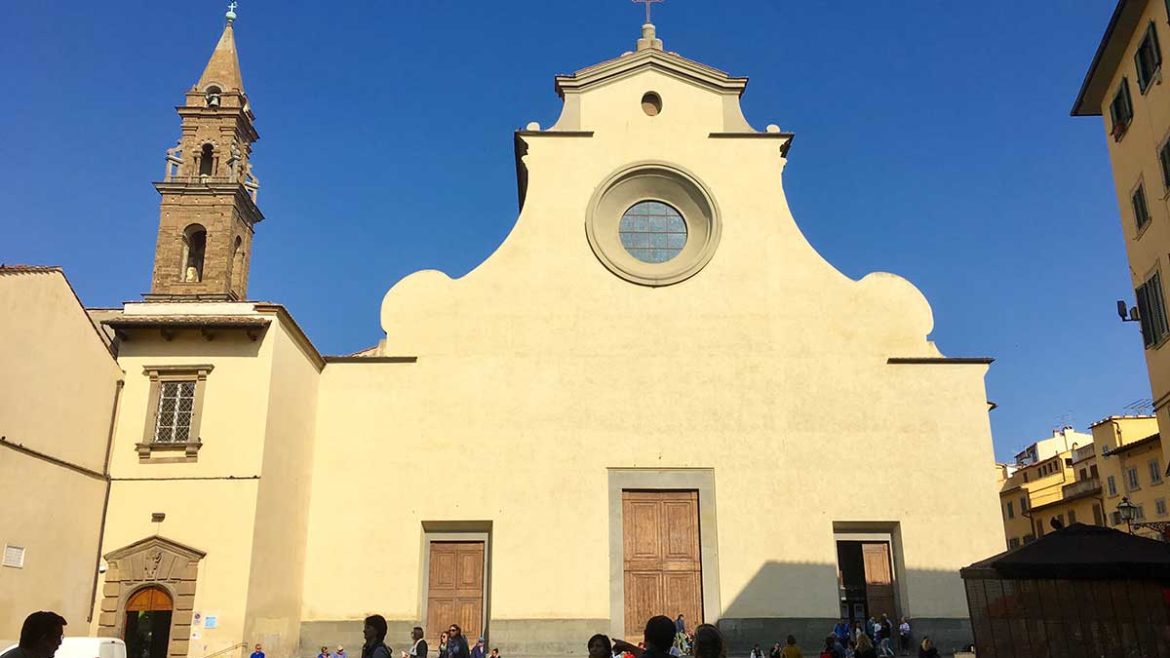 Considered the city’s most lively historic area, Santo Spirito quarter or Oltrano as the locals call it, originated as the area where merchants and people who could not afford to live on the more noble part of Florence would settle down. The arrival of the Medici Family to Pitti Palace changed the panorama of this area and filled the main streets with magnificent palaces. Today a walk through this area is a walk into the most authentic part of Florence, where locals live and in the morning meet for a coffee and a chat, before going shopping at the local open market and in the many small shops.

We cross Ponte Vecchio and stop to see the Medici private spot inside Santa Felicita church, the oldest church in this part of Florence. Next we go visit Santo Spirito basilica, magnificent example of a Renaissance church designed by Filippo Brunelleschi, the place where Michelangelo studied anatomy. After passing by the vendors of the morning market on Piazza Santo Spirito, we head to the San Frediano area -voted by the Lonely Planet readers as the coolest neighborhood in the world. From there we reach Santa Maria del Carmine square and enter the church to visit the famous Brancacci Chapel to admire the Renaissance frescoes by Masaccio. Along the way we will stop to look at tabernacles, wine doors and more curiosities, and make sure we relax with a good espresso or cappuccino, while mixing with locals at a popular coffee bar.